Home ANIMAL HEALTH INFO Colostrum Are you making the most your your colostrum?

Are you making the most your your colostrum?

Colostrum Are you handling it correctly?

Colostrum also known as ‘first milk’ is the milk a cow produces when giving birth. As well as being high in energy, it contains a variety of antibodies to give the calf immunity to the diseases to which the mother is immune. Most farmers know of the importance but are you handling and using it correctly?

A calf needs to consume a minimum of 10 % of its body weight in colostrum as soon as it is born, the sooner the better. A new born calf loses its ability to absorb antibodies by 5% every hour, after 24 hrs the window of opportunity has gone.

This means that the old traditional method of leaving a calf to suck from its mother just doesn’t cut the mustard anymore. The chances of a new born calf drinking 3-4L of colostrum in the first hour of life, on its own are very slim. The dairy cows udder is often too low, as the calf’s instinct is to seek the teats in a higher position.

Also, how do we know if the quality is any good? Being thick and yellow is not a guarantee of good quality. Thick milk is caused by fat, yellow colour is caused by carotene and antibodies are in the whey

, so not visible. The only way to know is to test with a Colostrometer or a digital refractometer. Another thing to consider is the hygienic merit of letting your new born calf suck on a teat that’s been laying on bedding/muck. Remember a new born calf is born with less immunity than a human baby. Why should we make their life any harder? If you want consistent calves, you need a consistent procedure.

The quality of a dam’s colostrum decreases by 3% per hour. This means if your cow calves at 7pm and isn’t milked until 7am the next morning, 12 hours will pass and you will have a 36% loss in colostrum quality.

A great solution is to use a portable milker in the calving pen or extend the vacuum line from the parlour to the calving pen. They are also very useful for when you have a 'downer' cow. Available in electric or dual power (electric & petrol)

Colostrum at room temperature doubles in bacteria count every 20mins.

When you have collected the colostrum, then what? Ideally you would pasteurise it immediately, but farm life sometimes isn’t that perfect. However, having colostrum sat in a bucket with no lid in the dairy is only going to increase the chances of harmful bacteria growing and being fed to your new born calf. You need something to store the colostrum in and you also need to get it chilled as fast as you can. A very popular method is use a Perfect Udder Colostrum Bag. Once you have tested the colostrum and put it in the Perfect Udder Bag it can be submerged in cold water to chill. After that you can either store it in a freezer or if you have a pasteuriser, pasteurise it then store it. Pasteurised colostrum will keep up to 6 days in a fridge and 6 months in a freezer.

Are you defrosting your colostrum correctly?

The main concern regarding thawing frozen colostrum is to thaw the ice without damaging the immune proteins. Let’s admit it, we have all probably tried various low tech methods; putting it in a bucket of hot water, in the bottom oven of the AGA, in the circulation bath in the dairy, or just leaving it out on a window ledge to defrost at room temperature.

The problem with all those methods are that they take too long or they are so hot they kill the antibodies. When you are calving a cow at midnight you want to do the job properly and quickly so you can go back to bed.

The optimum method is to submerge the colostrum in a waterbath at 40c. A low cost and effective way of keeping the water at a stable temperature is to use our Milk Warmer Kit. This has proven to be a very popular and successful method. We have tested the kit on farm and can defrost a 4L frozen Perfect Udder Bag to 38c in around 45 minutes. Let’s not forget the sooner we serve colostrum to a new born calf the better chance they have of thriving.

In the past the opposite was partly accurate, however science has moved on a lot faster than the average knowledge of some advisors. Minnesota University have proven that if you batch pasteurise colostrum /milk at the correct settings, you will kill all important pathogens and only loose a small % of the antibodies. In that same study they found that a calf can absorb up to 20% more antibodies when the colostrum is pasteurised. The system works in the UK, we know it does!

No more research into the effectiveness of pasteurisation of colostrum/ milk is being done in North America. Pasteurisation is considered to be the ‘Gold Standard’ practice for colostrum management and calf feeding. If you want to get good growth rates, healthier calves, healthier and higher yielding cows, then pasteurisation helps you achieve these goals.

A video from Dairy Tecinc about the benefits of pasteurization 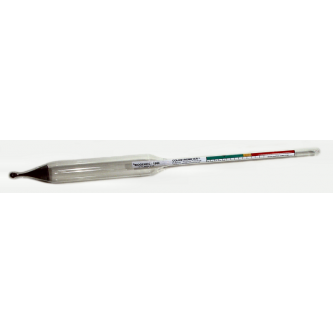 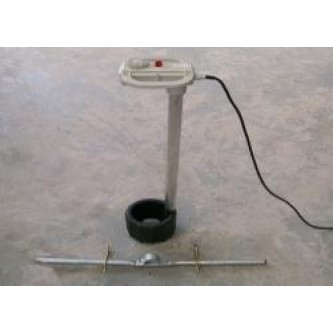 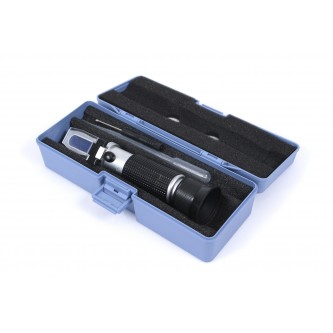