Essentially Ketosis is a metabolic disorder of cows caused by ketone bodies produced during the breakdown of body tissues that occurs when the amount of energy required by the cow exceeds the amount that it is able to get from its feed.

Boost Energy intake during the first week of lactation by adding in 500ml of GSAH Glycol Energy Drink a day for seven days.

It usually occurs in early lactation when high milk production means that there is high energy requirement. In high yielding modern dairy cows some weight loss in early lactation is inevitable and rations are usually formulated to take this negative energy balance into account. This loss of body condition doesn’t usually cause a problem and lead to ketosis unless it is excessive.

Ketone bodies are chemicals which are always produced when body tissues are broken down to make up the gap in energy (as shown in the diagram). When large amounts of these are produced they can cause the symptoms associated with ketosis such as reduced feed intake, reduced milk production, lethargy and abnormal gait and an empty appearing abdomen.

As well as the immediate effects, there can be longer lasting effects such as reduced yield over the whole lactation and a reduction in fertility resulting in an extended calving index. This reduction in fertility is a cost which sometimes isn’t accounted to sub-clinical ketosis but the loss of body condition between calving and service actually has a greater effect on fertility than what the body condition score actually is at service.

Increased likelihood of ketosis can be commonly caused by a number of factors.

Cows which are over-fat at calving eat less than those which aren’t and this means that they take less energy in resulting in a larger negative energy balance and more energy is needed from body reserves leading to greater loss of body condition in early lactation.

Another cause could be not getting enough feed into high yielding cows if they are in a group with lower yielding cows and the difference in energy required can’t be made up in extra parlour feed.

Alternatively trying to make up the difference in energy required between higher and lower yielding cows by feeding a large amount in the parlour can upset the rumen and lead to acidosis meaning that feeds aren’t utilised as well as they could be. This means that the amount of energy that cow actually gets from the ration is lower than the feed analysis would suggest.

Also, a diet which is too high in non-structural carbohydrates and/or too low in structural fibre can lead to impaired rumen function and, as with the previous reason, the amount of energy that the cow actually gets from the diet is lower than the feed analysis would suggest.

A final cause which could lead to sub-clinical ketosis as well as causing other problems in its own right is eating feed contaminated with mycotoxins. This can upset rumen function and also reduce appetite, both of which can lead to decreased energy available for the cow meaning more has to be made up from body reserves.

To reduce the likelihood of ketosis, we recommend speaking to a good nutritionist who can tailor their advice to the situation on your farm however there are a number of products available which may be of help for various situations.

If acidosis is suspected as the reason that the cows aren’t getting the most from their feed then feeding a rumen buffer can help to make the rumen less acidic and improve rumen function and therefore feed digestion.

If mycotoxins are suspected then feeding a mycotoxin binder can help to reduce the impact of these.

If a large negative energy balance is resulting from high yields then there are a couple of options which can help. GSAH GLYCOL ENERGY DRINK can be given to high risk cows which provide a supply of fast release energy which can raise blood glucose levels. Low blood glucose levels are associated with the onset of ketosis. An alternative which can help on a whole-herd level is to add a yeast product, such as Biocell Farm Mix or MicroSafe Gain (mycotoxin binder and yeast combination) to the diet which can help to improve rumen function and therefore feed utilisation as well as promoting growth of lactate utilising bacteria which results in a more stable rumen pH, further improving feed digestion.

Hers the results of our trial supplementing dairy cows with a liquid feed , and its effects on milk yield, composition, drug use and fertility 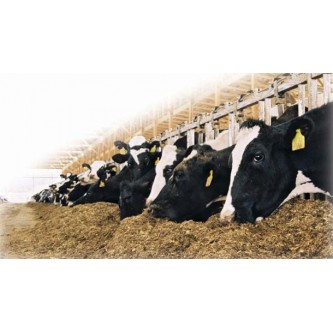 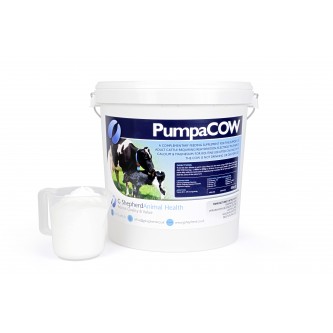