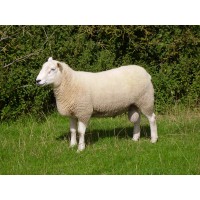 For sheep farmers ectoparisite control should be at the top of the list when it comes to planning. Sheep farmers are under immense pressure due to there being many ectoparisites about and there being very few products to treat it. Plunge dipping seems to be the best form of action but is highly regulated so has to be done correctly. To buy dip you now need a certificate so the easiest option is  to get the professionals in when it comes to dipping.

But first you need to know what you’re treating. Is it blowfly, ticks, lice or scab?

Is probably one of the most common as it can happen any time of the year due to the change in climate which is beyond our control. Blowfly is commonly known as strike. Blowfly is predominantly caused by maggots in infected areas such as feet, skin, flank, back, neck etc. Contaminated fleece can be the most common problem for fly strike. Signs of strike can include shaking, foot stamping, rubbing and it can lead to a distinctive odour. If left untreated it can lead to death. Timing is key to the prevention of strike. Your farm will naturally have lots of flies due to flora and fauna, but having sheep with footrot can increase the numbers of flies. With the climate varying so much it is becoming harder to control effectively. Shearing sheep in summer will temporally help to reduce the risks. But following up with regular tail dagging is probably the most effective way of control. Normally prevention is the best action and using pour ons will cure further infestation but not existing strike. The most effective way is using an OP dip as this will prevent most infestations.

Ticks can have horrific effects on the welfare of sheep if untreated causing transmission of lamb pyaemia, louping ill or even tick bone fever. Ticks are most common from March until October. Ticks feed on blood and each stage will only feed once. Ticks depend on dense moisture habitats such as moorland, rough grazing, woodland. The more vegetation that is around, the higher the tick population will be. The best way to treat ticks is by plunge dipping or showering. Pour ons can also be used.

Lice are commonly a pale red/brown flat small insect which are most commonly found to be feeding on the skin of the sheep as well as the debris and fleece. They are not particular to certain areas and they can be found all over the sheep. Sheep infested with lice will scratch and rub the fleece. You will see lots of tugged wool strands. Poor health can be associated with heavy infestations. Equalling a lower body condition. Lice are most common from January to March but can live on wool tags for 17 days.  Act fast before it spreads. Involve the vet in the diagnosis for the most effective form of treatment but dipping sheep should cure it. Also spot ons and pour ons can be an effective method.

Scab is cause by a little white mite which can only just be seen. The mites live on the skin of the sheep. Scab spreads when the mites multiply, which will if untreated infest the whole sheep. At first animals infected will act normally but as it spreads the sheep will be more irritated. After about 10 weeks when fully infested the wool will begin to fall out. At this stage it will have then begun to spread through the whole flock. Scab will be around all year long with high cases of infestation being between October and March.  If buying in stock, quarantine for at least 3 weeks, before moving in with your own flock. Act fast once you see the sheep rubbing and consult your vet for the best form of action.  The most effective way will be to dip or shower sheep. Injectables are an effective treatment but as most are also wormers misuse can lead to resistance.