Meeting the challenge of reducing antibiotic use in food animals

Innovation for Agriculture Conference report: On 4th July 2017 I (Graham Shepherd) attended the conference at Stoneleigh. It was a frank discussion of "what is happening", "where are we going" & "how might we get there". I was going to write my own report, but the following is an excellent report on the day from Food & Farming Futures
Meeting the challenge of reducing antibiotic use in food animals
Some of the key factors on which reducing antibiotic use in farm animals depends are: producing better data by which the problem is defined and progress measured; help farmers understand and make changes for better; everyone involved choosing their words carefully to help people understand; and persuading government to include this goal, so important to Mankind's global future, in Brexit agri-policy. (Innovation for Agriculture)
These key factors were identified by chief executive David Gardner summing up IfA's flagship conference (Tue 4th July).

Operations Director at the Veterinary Medicines Directorate Paul Green opened the event by setting out the compelling reasons for us all to take action. "We must all do what we can to mitigate the risk of transmission of antibiotic resistance" he said. "And through good stewardship, we can preserve the veterinary antibiotics we have now for use by future generations."
As prescribers of the medicines in question, vets bore a substantial responsibility for responsible and justified use of antibiotics by farmers, said Owen Atkinson.
"I'd like to see vets with each farmer client setting a medicines budget, just like you do financially, for the year," he explained. "Each time treatment is needed, the vet checks whether it's in the budget before signing a prescription. Anything unbudgeted requires specific consideration before going ahead.
"The farmer's responsibility includes correct administration and accurate recording of treatment date, medicine name and dose, animal identity and, a few days later, outcome. At pre-agreed dates during the year, vet and farmer review the budget and actual medicine use together."
For social context, Coilin Nunan from the Alliance to Save Our Antibiotics offerred a few home truths from his pressure group's viewpoint. "Globally, the greatest use of medically important antibiotics [for humans] is in farm animals," he said.  "Although the use of antibiotics as growth promoters was banned by the EU in 2006, their prophylactic use is still allowed. However, the dividing line between these two uses is blurred and 90% of farm antibiotic use in the EU is mass medication."
Several speakers stressed the importance of better understanding among those using antibiotics, including farmers, vets and the general public. Astride all these groups, microbiology-to-sociology specialist Prof Mark Fielder from Kingston University said a massive personal frustration was the mutual finger-pointing between human and animal medicine communities.His department is conducting a large scale study into percentions of antimicrobial uses and efficacies among the public, farmers and vets.
With this in mind, an audience member drew attention to an evidence-based decision by the respected Wellcome Trust to stop using the phrase “antibiotic resistance” in its public communications.
Instead, it now uses "drug-resistant infection,” according to head of communications Mark Henderson (reported in The Atlantic online news site: http://theatln.tc/2ngjrUI).
A number of conference delegates committed to taking part in Prof Fielder's survey.(https://kingstonpcs.eu.qualtrics.com/jfe/form/SV_6G4EAbl4kojuYL) However, as the event proceeded "antibiotic resistance" and, worse still, "AMR" were spoken a number of times in other audience contributions. Clearly, more work is needed here, in which hopefully Kingston University's study will help.
Closing the conference as chairman, David Gardner highlighted that Brexit agri-policy was being developed right now, and surely ought to include an element that addresses this grave issue. "The reality already is that people in this country die because of drug-resistant infections," he said. "If effective change does not take place, then a prediction is that one human death due to antibiotic-resistant infection will occur every three seconds by 2050. For our own children and grandchildren, do we really want that on our conscience?" 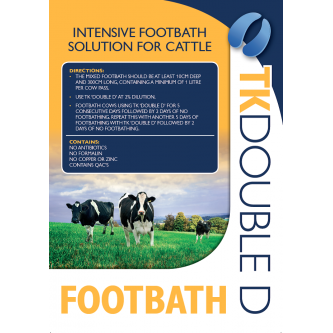