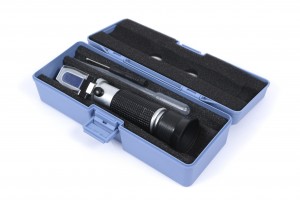 Industry standards suggest that the level of annual lamb losses in the UK is in the region of 15 per cent and most losses occur during pregnancy or in the first few weeks of life.

Colostrum in the lamb’s first 24 hours of life is essential for both energy and immune status requirements. A lack of colostrum within this period leaves lambs vulnerable to infectious diseases (Mellor and Stafford 2004, Fthenakis and others 2012) through a lack of passive immunity and a slower process of gut closure (Dwyer 2008). It has been shown that low serum IgG has a negative effect on survivability (Khan and Ahmad 1997). Serum Ig levels give a good indication of whether a lamb had sucked and its survival probability. (Hall and others 1988). Even though importance of good colostrum management has been emphasised for years, it can still be an area of weakness in the overall management of lambs on farms.

A study at Cambridge University analysing commonly used colostrum supplements for lambs showed they are not an adequate substitute for ewe colostrum and most have greatly inferior IgG levels, this was reported in the farming press in early 2016.

Vets in practice will often measure serum IgG in calves as part of a disease investigation but this is a less common practice in investigation of lamb losses. The Brix refractometer is commonly used in vet practices for a variety of investigations and an estimation of total protein by this method has been shown to correlate with the standard ZST method for estimating serum immunoglobulins in young lambs (Reid and Clifford 1974).

The project proposal was to investigate the following factors:

Three farms were chosen with at least 50 triplet-bearing ewes that were willing to take part in the project and record some data. The farms would benefit from metabolic profile results on ewes plus feedback on lamb results. Ewes were blood sampled for metabolic profiles two to three weeks before lambing and analysed at DHPPS (Edinburgh). The plan was to blood sample 170 lambs one to five days old on each farm, ideally 100 triplets, 50 twins and 50 singles, record ewe age, BCS and mothering ability. Lambs were to be identified with a small ear tag and litter size, birth weight, colostrum type and vigour score recorded.

One farm had to drop out due to ill health. There were some practical problems as expected with a project during the busiest time on a sheep farm. Some lambs were weighed and tagged but turned out of the shed before sampling. Some samples were haemolysed and unsuitable for ZST. Only one farm collected weaning and sale weights and dates. However we have collected a large amount of data.

These have not yet been fully analysed and will be presented in full at a future SVS meeting. The last lambs are still to be sold from the farm with full recording. We can say that the metabolic profiles were useful and identified some issues. Blood sampling young lambs was straightforward.

The refractometer was a quick, uncomplicated test to carry out in the practice laboratory. Taking a guide of less than 20 units ZST or 50g/l or more IgG as evidence of adequate immunoglobulin levels and looking at 170 samples from one farm tested by a single vet, there were some discrepancies when comparing the ZST results from APHA with the refractometer

Estimation of colostrum immunoglobulin uptake by Brix refractometer is a straightforward and useful part of investigation into neonatal lamb losses and could be part of routine monitoring on farm. This is particularly relevant as we look to reduce blanket antibiotic use on farm.

Reid, J.F.S. and Clifford, D.J. (1974) Use of the refractometer in estimating immune globulin levels of neonatal lamb serum. Veterinary Record, 95, 22-23

Thornhill, J.B., Krebs, G.L. and Petzel, C.E. (2015) Evaluation of the Brix refractometer as an on-farm tool for the detection of passive transfer of immunity in dairy calves. Australian Veterinary Journal, 93, 26-30